British Muslim unmasked as a terrorist fighting in Syria 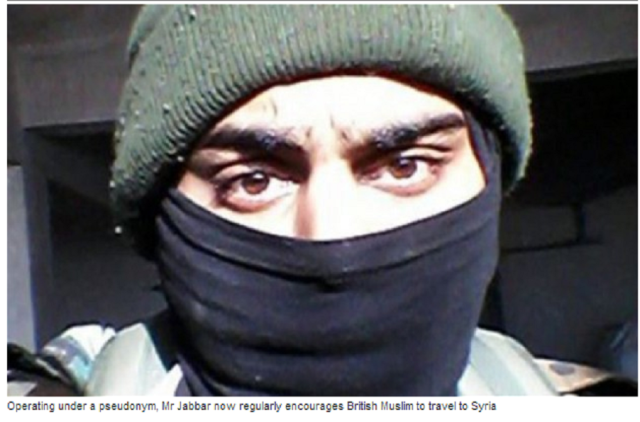 A young Muslim from London has boasted of becoming the “British Bin Laden” after being unmasked as the leader of a fanatical terrorist group in Syria.
Ismail Jabbar, 22, was yesterday revealed as a fighter with the extremist cell ‘Unit Bin Laden’ in Aleppo, where he brags about killing non-Muslims and incites other Briton’s to join his jihad.

In online activity this month, he has offered advice for British extremists wanting to fight in Syria
He is believed to have lived with his parents in Hayes, Middlesex, until nine months ago, when he was able to travel to Syria under the guise of working for an aid convoy.