Intelligence Insider Warns Of Catastrophic Collapse: “The Tempo Of Events Is Faster Than Expected” 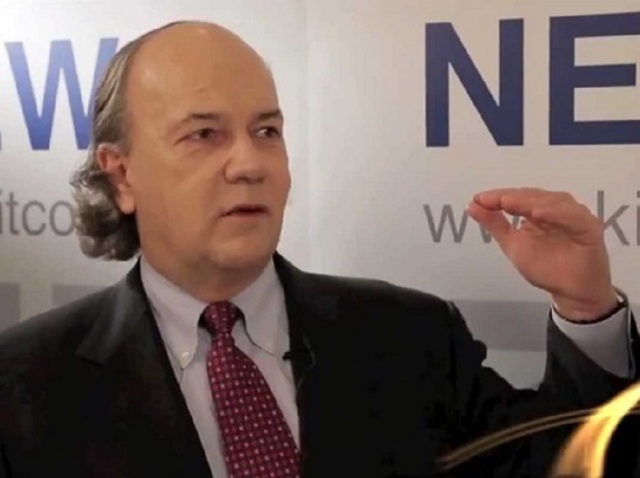 Intelligence Insider Warns Of Catastrophic Collapse: “The Tempo Of Events Is Faster Than Expected”

This article was written by Mac Slavo and originally published at SHTFplan.com
As more and more information about the state of global affairs becomes available one can’t help but realize that life as we have come to know it is going to change dramatically in the very near future. The manipulation of financial markets, the fabrication of economic figures, and the mobilization of government on all levels are clear signs that something is amiss.
As has been said on many occasions, it’s not a matter of ‘if’ but ‘when’.
And that’s the trillion dollar question. When will the system finally come on unhinged? Further, what will be the catalyst that finally sends the system into a tailspin?
Former U.S. intelligence asset and author of best selling book The Death of Money Jim Rickards tackles this and a host of other topics in the following sobering interview with Greg Hunter of USA Watchdog. Rickards has worked in various high level fields that make him one of the foremost experts on global financial affairs and the government response that will follow. As a director of operations for one of the Federal Reserve’s primary dealers Rickards not only understands how the monetary system is designed, but is able to follow the forensic footprint left by trillion dollar capital flows that signal the health, or lack thereof, of the economy and financial markets. Moreover, as an expert in the field of finance Rickards was selected by the United States to direct the country’s first ever financial war games in an effort to identify how such an asymmetric war might take place and what the fallout will look like.
If you want to understand what’s happening, how the system is being manipulated and what you can expect in coming months and years, this is one person whose input you’ll want to digest. As you’ll note, Rickards doesn’t engage in wild speculation. He backs his predictions up with real data and paper trails sourced over the last three decades.
The end result of his research suggests that we now sit on the very precipice of a significant global paradigm shift and one that can happen at any moment. The system, according to Rickards, is now terminal, echoing the warnings of economist John Williams who recently saidthere is nothing that can save it at this point.
The mistakes have already been made and all we’re waiting for now is the catalyst – a trigger that will be totally unexpected and will come out of the blue, leaving the political, financial, and economic systems of the globe in total shock.
It’s not a crystal ball… I don’t have perfect clarity…
You don’t know the exact timing of events. You can see them coming in the sense of the instability in the system, what’s called the scale of the system… how complex systems collapse… when you get all the data right and get the model right you can see the collapse coming, absolutely.

If you ask me what has happened since I finished writing the book that comes as a surprise, I would say a lot of the things I talk about in my book are happening faster than I would have expected. Things that I thought would happen in the 2015 or 2016 time frame seem to be happening now in some ways.
If anything, the tempo of events is faster than expected. Therefore, some of these catastrophic outcomes may come sooner than I wrote about.
…
Right now, we are on the precipice. When you are on the precipice, it doesn’t mean you fall off immediately, but you are going to fall off because you can see the forces in play. What I tell clients and investors is it’s not as if we are going to make some mistakes and some bad things are going to happen. The mistakes have already been made. The instability is already in the system.
We’re just waiting for that catalyst that I call the snowflake that starts the avalanche. You don’t worry about the snowflakes; you worry about the snow and that it’s unstable and it’s just waiting to collapse.
That’s what the system is right now; we are just waiting for a catalyst. People ask me all the time, what could it be? Technically, my answer is it doesn’t matter because it will be something. It could be a failure to deliver physical gold. It could be an MF Global financial failure. It could be a natural disaster. It could be a lot of things. The thing investors need to understand is the catalyst doesn’t matter. It’s coming because the instability is already there.
In the grand scheme of things it makes no difference what the final triggering event will be. It will, as Rickards notes, likely be something we don’t see coming – a Black Swan. It could come in any form and at any time, and it will likely take place some time in the next 24 months.
Confidence in the system is very quickly approaching a breaking point and once that confidence is lost we can expect worldwide panic, first in financial markets and then on the streets of major cities.
But how do we prepare for such an environment, where everything we know has been shattered? What do you do when credit markets fail and banks can no longer be trusted, when traditional investments like stocks, bonds and real estate crash, and when government bail-out strategies are no longer feasible?
The answer is simple, according to Rickards. The historical assets of last resort will be your only safe haven. From a financial and wealth perspective that boils down to owning gold. From the standpoint of preparing for disaster and weathering the storm, the solution is physical assets that are solely in your possession with no counter-party risk and include long-term food storage, emergency supplies and productive trade skills.
Whatever happens in the future will more than likely not be exactly as we expect it to be. The important thing is that we know it’s coming and that we can prepare for it. Now is the time to position yourself with assets and strategies that can be implemented when the rest of the world starts to panic.
http://www.alt-market.com/articles/2178-intelligence-insider-warns-of-catastrophic-collapse-the-tempo-of-events-is-faster-than-expected

2 commentaires pour Intelligence Insider Warns Of Catastrophic Collapse: “The Tempo Of Events Is Faster Than Expected”