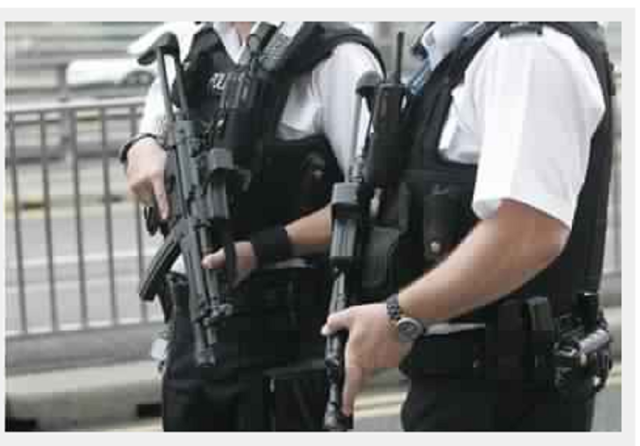 Airport security is being increased at British airports after the United States called for heightened precautions amid reports two terror networks are working together on a bomb that could evade existing measures.
The UK Department for Transport said the extra measures – which have not been disclosed – were not expected to cause « significant disruption » to passengers and noted that the official UK threat status remained unchanged.
Changes were announced after Washington Homeland Security Secretary Jeh Johnson ordered beefed up security at foreign airports from where aircraft fly directly to the US.
« The UK Government keeps aviation security under constant review in conjunction with international partners and the aviation industry, » a DfT spokesman said.
« We have taken the decision to step up some of our aviation security measures. For obvious reasons we will not be commenting in detail on those changes.
« The majority of passengers should not experience significant disruption. There will be no change to the threat level, which remains at substantial.
« The safety and security of the public is our paramount concern. The UK has some of the most robust aviation security measures and we will continue to take all the steps necessary to ensure that public safety is maintained. »
US officials were reported to have said the move was the result of intelligence that groups in Yemen and Syria had joined forces to plot an attack.
Prime Minister David Cameron’s official spokesman said: « There are terror organisations around the world that seek to do the UK, its citizens, citizens of many other countries including our Western allies, harm.
« We need to always be vigilant to situations that can develop. »
In a statement, Mr Johnson said he had directed the US Transportation Security Administration (TSA) to « implement enhanced security measures in the coming days at certain overseas airports with direct flights to the United States ».
He said the move was based on the current assessment of « the global threat environment ».
« We will work to ensure these necessary steps pose as few disruptions to travellers as possible, » he added.
« We are sharing recent and relevant information with our foreign allies and are consulting the aviation industry.
« These communications are an important part of our commitment to providing our security partners with situational awareness about the current environment and protecting the travelling public.
« Aviation security includes a number of measures, both seen and unseen, informed by an evolving environment. As always, we will continue to adjust security measures to promote aviation security without unnecessary disruptions to the travelling public. »
The increased security measures – reported to include closer scrutiny of personal electronics and footwear – come amid fears individuals with Western passports who have travelled to Syria and Iraq to fight with Islamist extremists could be used to smuggle devices on to planes.
Intelligence is reported to suggest bomb makers from Yemen-based al Qaida in the Arabian peninsula (AQAP) have travelled to Syria to meet with al Qaida-affiliated Jabhat al-Nusra to work on ways to get an explosive device past existing security.
Al Qaida operatives in Yemen were behind an underwear bomb that failed to detonate aboard a jet over Detroit on Christmas Day 2009 and a more sophisticated version which was intercepted in a CIA sting operation three years later.
Saudi-born bomb-maker Ibrahim Hassan al-Asiri, believed to be a member of AQAP, was also said to be behind a powerful bomb hidden in printer ink cartridges which was intercepted at a UK airport en route to the US in 2010, where it was timed to detonate over the east coast.