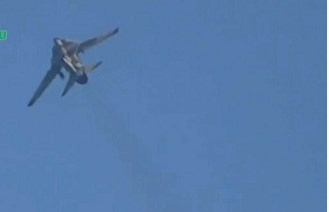 An American peace activist says the United States probably wants to maintain the threat of the ISIL terrorist group both in Iraq and Syria to advance its interventionist agenda in the Middle East.

“And whereas few days earlier he stated that in fact the US doesn’t have an effective strategy for combating the so-called Islamic State in Iraq and Syria (ISIS), now [he] stated that he was working with North Atlantic Treaty Organization allies to develop just such a strategy. So it appears on the surface to be a 180-degree reversal of what he has said earlier,” he said, using an alternate acronym for the terrorist group.

Rozoff said Obama was probably telling the truth when he said that “he has no practical strategy for fighting ISIS.” “I think that was probably an honest assessment.”

“We have reasons to believe, however, that ending the ISIS threat may not be entirely the US’s strategy either, that’s the extremist effort in Iraq and Syria seems to serve US purposes quite effectively,” he stated. “It’s already been the effective cause of the downfall of the Maliki government in Iraq which we know that the US wanted to replace [and] has now succeeded in effecting.”

“It’s also a pretext that the US is going to exploit for its continued effort with its NATO allies incidentally to overthrow the legitimate government in Syria. And who knows whichever other geopolitical objectives the US maybe pursuing in the greater Middle East, in the Levant, particularly, and even exploiting ISIS to that purpose,” the activist noted.

On Friday, the United States said it was forming a broad international coalition to battle the terrorist group, which is operating in Iraq and Syria.

US Secretary of State John Kerry and Defense Secretary Chuck Hagel told foreign and defense ministers participating in a NATO summit in Wales that there were many ways they could help.

The ISIL terrorists, who were reportedly trained by the CIA in Jordan in 2012, control large parts of Syria’s northern territory. ISIL sent its fighters into neighboring Iraq in June, quickly seizing large swaths of land straddling the border between the two countries.

Ministers from the United States, the United Kingdom, France, Germany, Canada, Australia, Turkey, Italy, Poland and Denmark met in Wales to hammer out a strategy for battling ISIL.

According to the White House, the terrorist group recently beheaded American journalists James Foley and Steven Sotloff in Syria. Foley was reportedly killed last month, and Sotloff was executed early this month.

Former US intelligence official Scott Rickard says Washington is using the “beheadings” of the “journalists” by ISIL to « sway public opinion » in favor of another war in the Middle East.