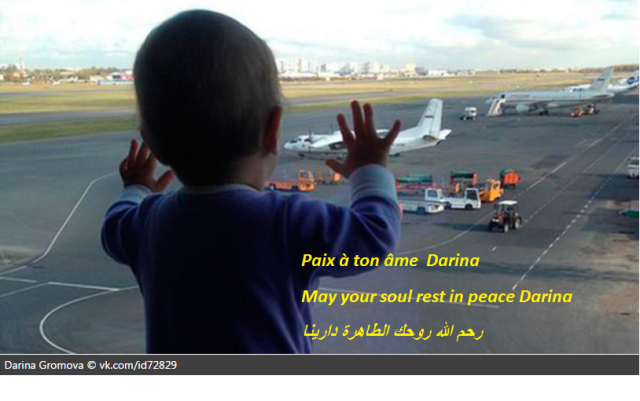 A 10-month-old girl gazing at the planes in St. Petersburg airport before departing to Egypt – this picture of Darina has become the symbol of the plane crash in Sinai on social media. People continue to bring flowers to mourn the tragedy.

Darina Gromova was among the 224 people who died on Kolavia flight 7K9268. It was returning from Egypt’s Sharm El-Sheikh resort to Russia’s St. Petersburg on Saturday morning when it suddenly vanished from radar over the Sinai Peninsula.
Her parents – mother Tatiana and father Aleksey – were also among those killed in the crash.

“Main passenger. #family. #darinagromova. Pulkovo International Airport Saint-Petersburg New Terminal 1,” wrote Tatiana hours before their plane took off from St. Petersburg to Sinai. Little did she know that this photo would become the grieving symbol of the tragic flight. 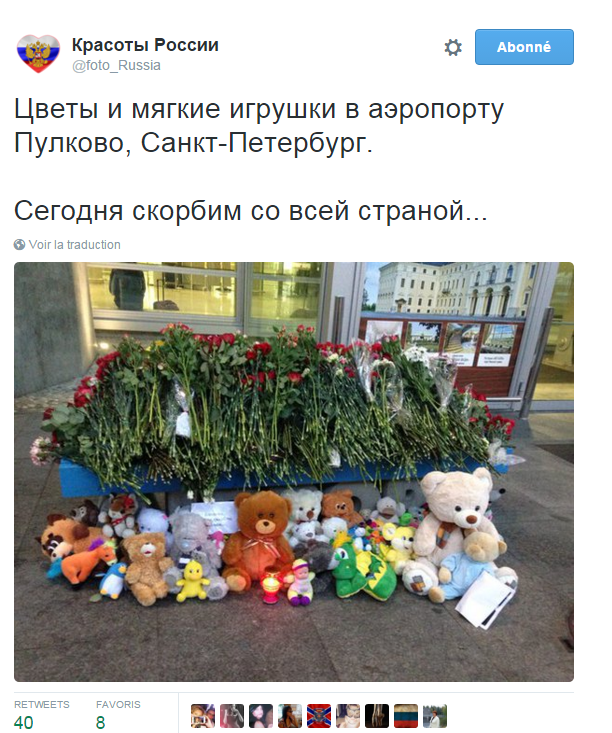 People across Russia took to social media to say how touched they were by the story of little Darina. The hashtag #mainpassenger has taken to Twitter.
“RIP, Little angel,” “I feel pity for these people, especially for this little miracle who was only 10 months old,” “I am sobbing all day,” wrote users on Twitter.

Twenty-five children are believed to have been on board, along with 192 adults – nearly 140 of whom were women.

The flight disappeared from radar screens 23 minutes after taking off. Those on the crashed Airbus A321 were mostly holidaymakers. The Egyptian Red Sea destination is popular among Russian tourists all year round. 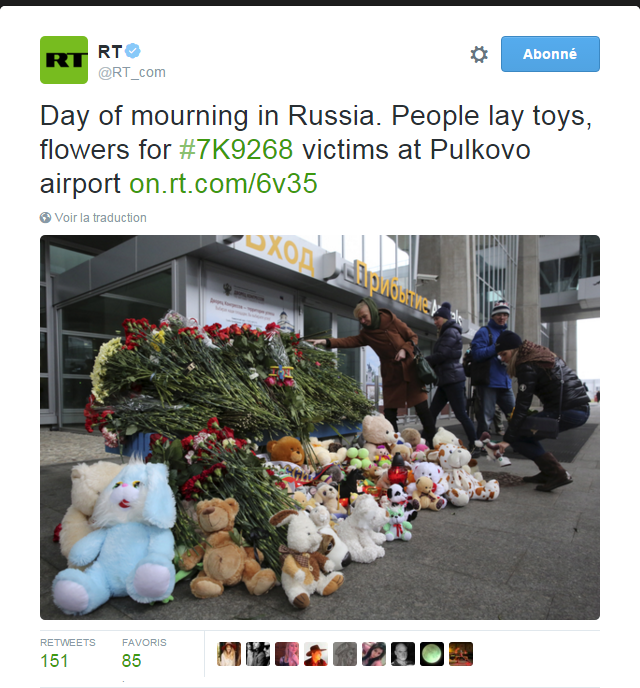 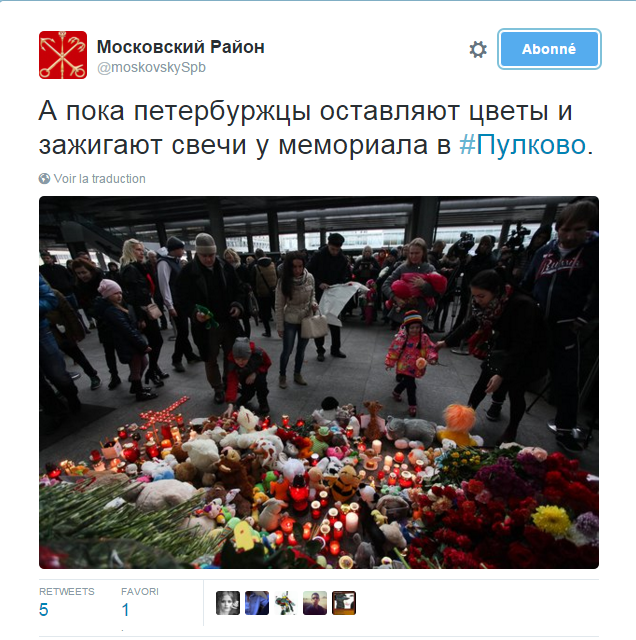 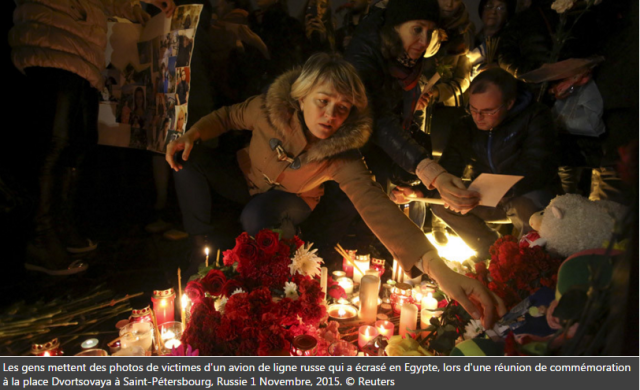 Egypt: Russian Ambassador appeals for no rush judgements over crash